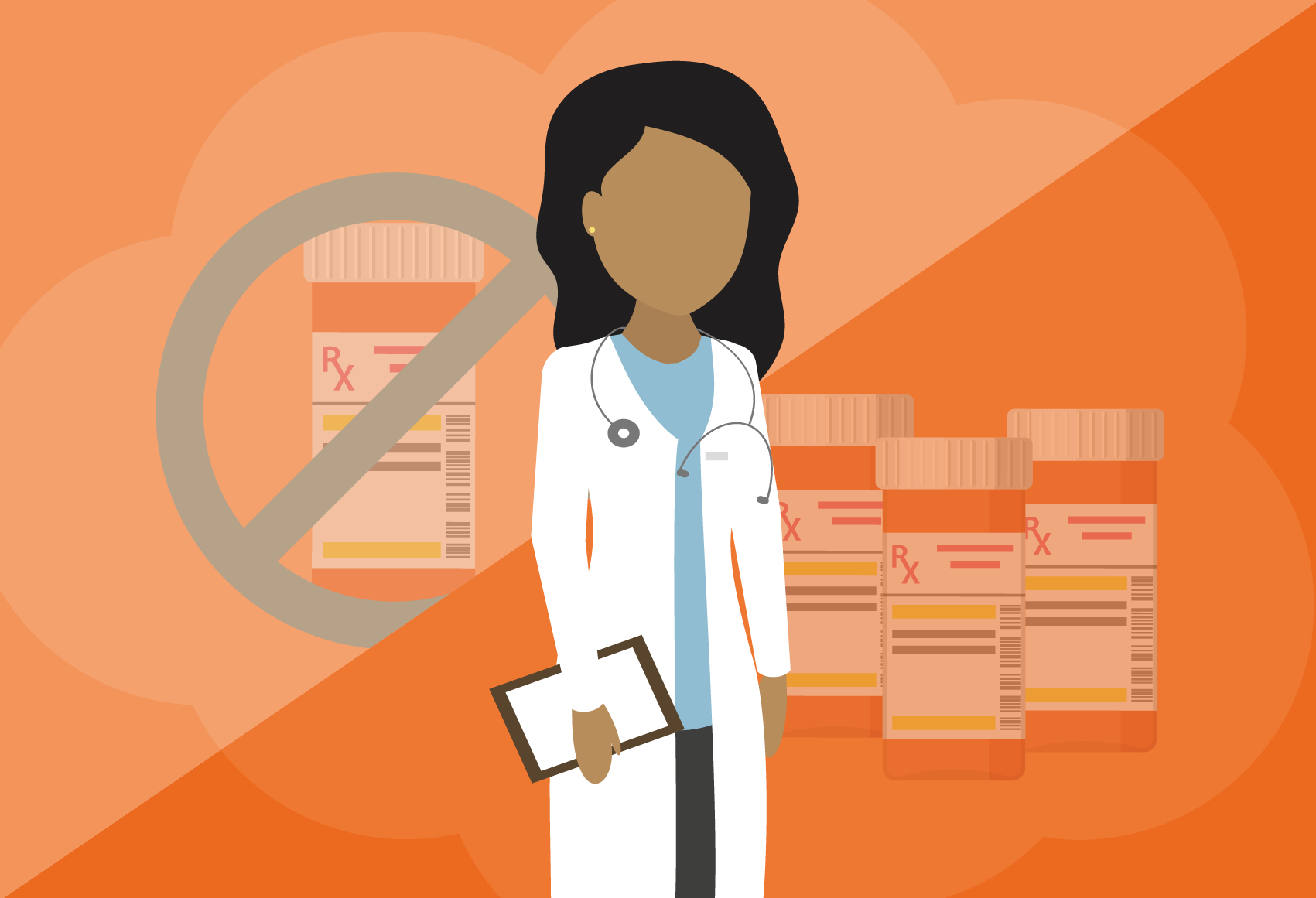 Antibiotics are one of the most commonly prescribed types of medications. As a treatment for bacterial infections, antibiotics can save lives. However, inappropriate use can reduce their effectiveness (antibiotic resistance) and lead to other harms. In May 2019, the University of Michigan National Poll on Healthy Aging asked a national sample of U.S. adults age 50–80 about their experiences with and opinions about antibiotics.

Use of Antibiotics and Leftover Medication

Nearly half of all poll respondents (48%) reported filling a prescription for antibiotics in the last two years. The most common reasons were for respiratory infections (50%), dental infections (18%), urinary tract infections (17%), and skin infections (11%).

For older adults who had leftover antibiotics, nearly two in three (65%) reported keeping them. One in five (20%) threw them away or flushed them down the toilet, and 15% did not remember or did not specify what they did with the leftover antibiotics.

Among those who kept leftover antibiotics, a majority (60%) said they did so in case they got another infection. A smaller proportion (6%) kept leftover antibiotics in case a family member got an infection, 4% were not sure how to dispose of the leftovers, and 2% forgot to dispose of them. More than one in four (28%) said there was no specific reason they kept the leftovers.

Taking Antibiotics without a Prescription

The majority of older adults (92%) agreed (either strongly or somewhat) that they are cautious about the use of antibiotics, and 89% agreed that overuse can lead to antibiotics not working the next time they are needed. Three in five (61%) were concerned about side effects from antibiotics and more than half (56%) believed that doctors overprescribe antibiotics.

However, two in five older adults (41%) said that if they have a cold that lasts long enough for them to visit a doctor, they expect a prescription for an antibiotic. When they get a cold or flu, about one in three (34%) believe antibiotics help them get better sooner. Nearly one in four older adults (23%) believe doctors do not prescribe antibiotics when they should.

For years, health care professionals who prescribe antibiotics have been encouraged to decrease inappropriate prescribing, especially for viral illnesses like colds and flu, which do not respond to antibiotics. Yet some patients may not be aware of this and still ask for antibiotics even when they are unlikely to be helpful.

While patients should be counseled to take all the antibiotics that are prescribed in order to appropriately treat their infection and minimize resistance, some stop taking them. Most older adults who kept leftover antibiotics did so in case they got another infection. Across the population, this represents several million doses of antibiotics. Use of leftover antibiotics without medical supervision could result in serious drug interactions and other side effects, and could also contribute to increased antibiotic resistance.

To address these concerns, prescribers should give careful consideration to the number of pills given, so that excess medication does not contribute to misuse. Patients should be counseled about the risks of taking antibiotics without consulting a health care professional. Patients and family members should be encouraged to bring leftover antibiotics to community “take back” events or follow other guidelines for disposal. These steps can help ensure that antibiotic use is appropriate, safe, and effective.