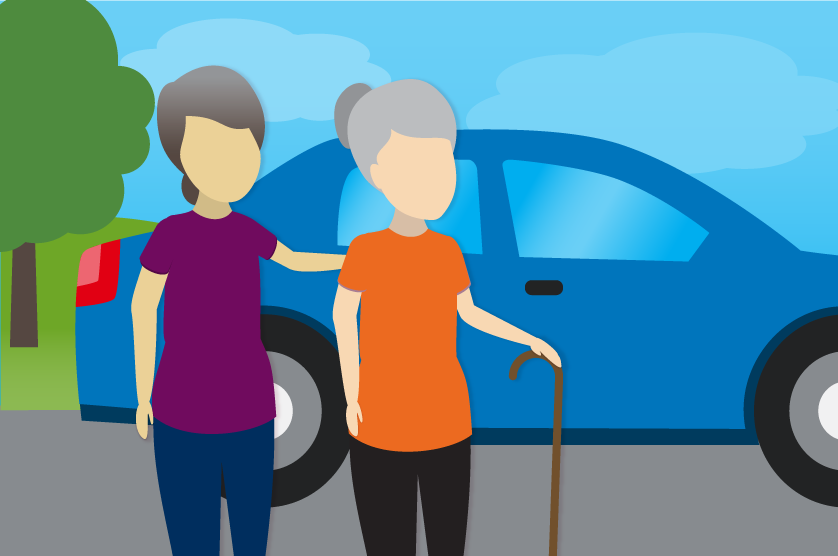 Family caregivers play a vital role in providing support to older adults living with dementia and other cognitive impairments. This report focuses on unpaid dementia caregivers, family and friends who help people with memory problems manage health issues and provide personal care. The University of Michigan National Poll on Healthy Aging asked a national sample of adults age 50–80 about their experiences caring for a person with dementia.

Overall, 7% of poll respondents identified as a caregiver of a person age 65 or older with dementia, Alzheimer’s disease, or another cognitive impairment. The majority of caregivers (62%) were women. Three in five (60%) provided care to a parent, 19% to a spouse, and 21% to another relative, friend, or neighbor. Most caregivers (60%) have been providing care for 1–5 years and 29% have been doing so for 5 years or more. Nearly half of caregivers (45%) were employed in addition to having caregiving responsibilities.

Almost half (48%) rated the care recipient’s memory loss as mild, 36% as moderate, and 16% as severe. Caregivers reported that the majority of care recipients (70%) have another health condition and/or disability in addition to memory problems.

About two in five caregivers (42%) provided daily care for an average of 9 hours per day, the equivalent of full-time. The other 58% provided part-time care.

Over one-quarter (27%) said the care recipient cannot be safely left alone for more than an hour. The majority of caregivers reported they provide medical assistance (77%) and monitor safety (55%). Other types of assistance provided include household help (81%) and personal care (31%).

One-third of care recipients (33%) live with the caregiver and 24% live alone. Most care recipients (71%) live in a home/apartment, 17% live in a long-term care facility, and 12% in a senior living community or other type of residence.

The majority of caregivers (88%) reported that the care recipient has enough help. Two-thirds (66%) said other family members provide help, 30% use paid caregivers, 10% rely on friends and neighbors, and 8% receive assistance from community agencies. One in ten (10%) reported that they are the only care provider for the person living with dementia.

One in four caregivers (27%) reported delaying or not doing things they should do for their health. Two-thirds of caregivers (66%) said caregiving interferes with their ability to take good care of themselves, go to the doctor when they have a health problem, spend time with family and friends, take care of everyday responsibilities, and/or keep up with work duties.

Nearly all (91%) felt that being a caregiver has made them think about their own potential needs for caregiving in the future.

This report illustrates the range of experiences among dementia caregivers. For most, caregiving is a rewarding experience though many also find it stressful.

Caregiving is often a team effort involving a number of family members and friends. Many caregivers are also employed outside the home and/or may be providing care or support to other people too. While rewarding, the logistics and stress surrounding caregiving may be complicated and magnified by other demands and responsibilities on caregivers’ time and attention.

Respondents to this National Poll on Healthy Aging believe that being a caregiver has made them think about their future needs. As they experience the realities of daily life for a person living with dementia, caregivers may be better prepared than others to consider and plan for their own wishes as they age. Caregivers may think about and take steps towards completing advance directives, designating power of attorney, or purchasing long-term care insurance, and may be more likely to engage in conversations with those close to them about their hopes for the future.

These poll results show that caregiving responsibilities may interfere with caregivers’ everyday activities, including taking care of themselves and going to the doctor to address health concerns. Many caregivers put the needs of the care recipient ahead of their own which may result in them delaying or not doing what they need to do for their own health and wellbeing. This can result in additional stress and new or worsening health conditions.

The majority of caregivers in this poll believe their care recipient has enough help. Yet, dementia is a progressive condition, and the needs of the care recipient and the caregiver are likely to change over time. Many caregivers who are not using caregiving resources expressed an interest in doing so, potentially indicating that the needs of at least some caregivers are not being met.

Most communities offer resources through Area Agencies on Aging, the Alzheimer’s Association, other social service agencies, and/or faith groups. However, many caregivers may not be able to access these resources due to lack of time or flexibility in their schedule, cost, logistical challenges, other priorities, and/or lack of awareness about the resources. Recognizing and understanding the barriers to accessing resources is key to improving support for caregivers.

The findings in this report suggest that there are opportunities to provide better support to dementia caregivers. Health care providers, other family members and friends, clergy, and policymakers can be an integral part of helping meet caregivers’ needs. For example, health care providers should ask about caregiving responsibilities as a routine part of clinical care. Family and friends can offer to provide additional help when caregivers need to take time for their own health and well-being. As the population ages and the number of available caregivers is unlikely to keep pace, it is critically important to ensure that resources to support dementia caregivers are readily available and accessible.

This survey was administered online in April 2017 to a randomly selected, stratified group of older adults age 50–80 (n=2,131). Respondents were selected from GfK’s web-enabled KnowledgePanel® which closely resembles the U.S. population. The sample was subsequently weighted to reflect population figures from the U.S. Census Bureau. The completion rate was 77% among panel members contacted to participate.

This report is based on responses from 148 respondents age 50–80 caring for at least one person age 65 or older with dementia, Alzheimer’s disease, or another cognitive impairment.

The margin of error is ±5 to 10 percentage points and higher among subgroups.