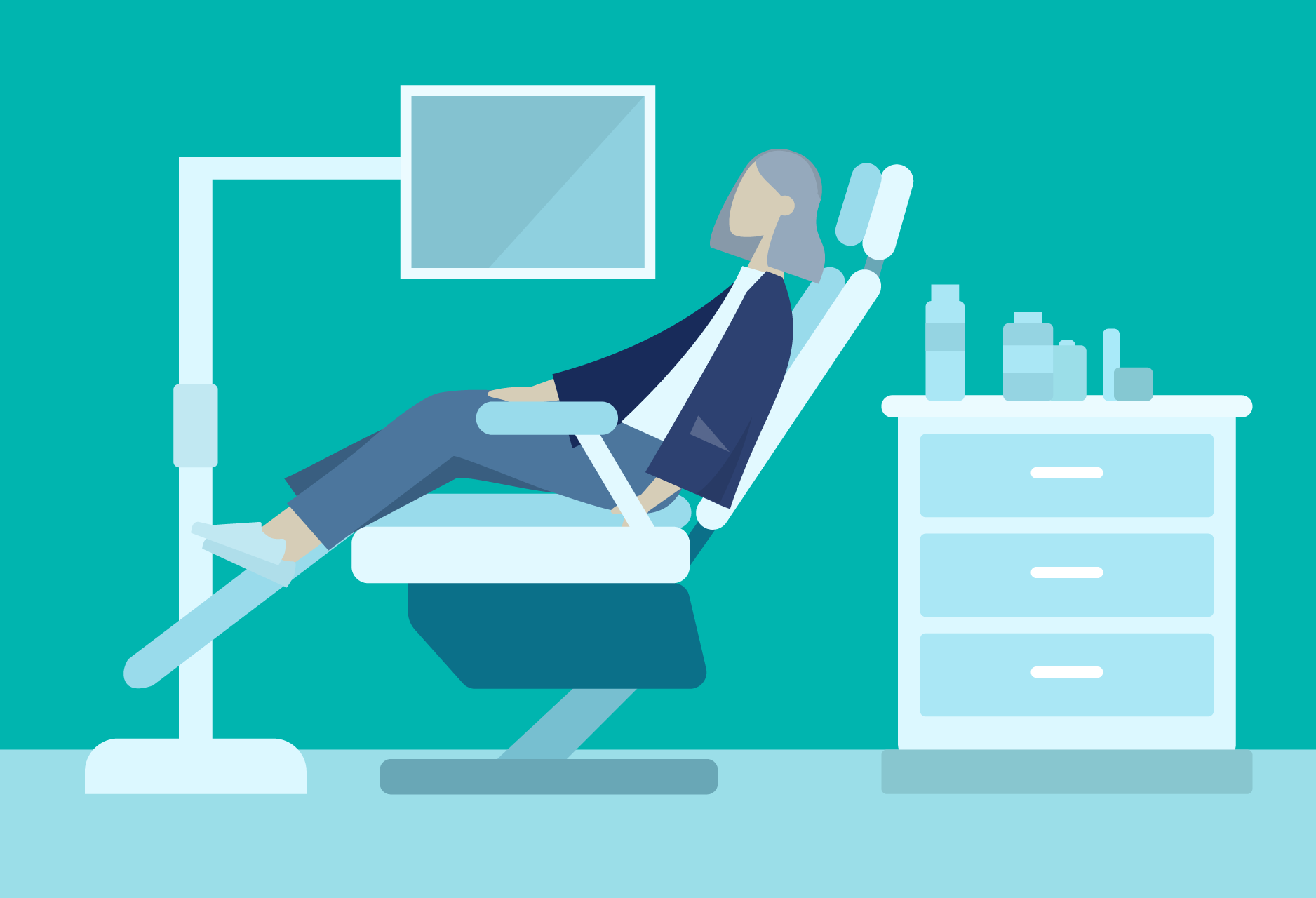 The National Poll on Healthy Aging team acknowledges the unprecedented challenges related to the ongoing COVID-19 pandemic, especially for older adults and their families. Although our work has shifted to a remote format, the NPHA team remains committed to continuing to share poll results to help inform and improve the overall health and well-being of older adults.

Oral health is integral to good health at every age. Yet older adults can have unique oral health needs and barriers to accessing dental care, including higher rates of health conditions that could contribute to oral health problems and lower rates of dental coverage. In December 2019, the University of Michigan National Poll on Healthy Aging asked a national sample of adults age 65–80 about dental insurance, oral health, dental care utilization and access, and their perspectives on proposed changes to Medicare to cover dental care.

Overall, about half of adults age 65–80 (47%) reported that they do not have dental insurance. Of the 53% of older adults with dental insurance, the most common sources included coverage through an employer (27%), Medicare Advantage plan (26%), retiree health plan (22%), or an individually purchased plan (19%); 7% reported another source of dental insurance.

Less than half of older adults rated the health of their teeth and gums as excellent or very good (46%), 29% as good, and 25% as fair or poor. Those with fair or poor physical or mental health were more likely than those with better physical or mental health to rate their oral health as fair or poor (47% vs. 19%). Older adults taking two or more prescription medications were less likely than those taking only one or no prescription medications to report excellent or very good oral health (44% vs. 54%).

One in four adults age 65–80 (24%) reported having dentures. In addition, nearly half of all older adults (46%) said they were missing teeth for which they did not have dentures or implants. More than one in four (27%) said they were embarrassed by the condition of their teeth.

Most older adults (85%) felt it was as easy for them to get dental care as it was to get medical care, and the majority (93%) reported that their health or mobility does not limit their ability to get dental care.

In the last two years, one in five (20%) said they had experienced dental pain, while the same percentage (20%) reported problems with eating and chewing. A smaller percentage (6%) used pain medication for a dental problem in the past two years.

One in five older adults (20%) reported delaying or forgoing needed dental care in the past two years. The main reasons for delaying or not receiving needed dental care were out of pocket costs (77%), problems with dental insurance/cost of having dental insurance (52%), being afraid of the dentist (28%), and trouble finding a dentist (19%). One in three older adults (34%) said they considered not going to the dentist because of the cost.

There were notable differences across most measures related to oral health status and access to dental care. Older adults with an annual household income of $60,000 or more were almost twice as likely as those with an income of $30,000 or less to have had a preventive dental visit in the past year (80% vs. 44%). Older adults without dental insurance, with lower annual household income, lower levels of education, who are Black or Hispanic, or in fair or poor physical or mental health were more likely to report fair or poor oral health status, less frequent dental visits, and delayed or forgone dental care.

Perspectives on proposed changes to Medicare

Traditional Medicare does not cover dental care except in very limited circumstances. A Medicare Advantage plan is a Medicare health plan offered by a private company that provides traditional Medicare benefits and often also provides coverage for other services, including dental care. Among those with dental coverage through a Medicare Advantage plan, nearly three in four (72%) said the dental benefit was one of the reasons they chose their Medicare Advantage plan. The majority of older adults (93%) said they would favor a policy that would add a dental benefit to Medicare (60% strongly favor, 33% somewhat favor). When asked if they would favor such a policy if they would be required to pay more for Medicare, nearly three in five (59%) said they would favor it (16% strongly favor, 42% somewhat favor). Support was similar among those with and without current dental insurance.

These poll results suggest that while almost all U.S. adults age 65–80 recognize that oral health is important for overall health, more than one in four reported getting dental care only when they had problems or not at all, and one in five reported recent dental problems. Older adults without dental insurance, with lower household income, who are Black or Hispanic, with lower levels of education, or with poorer self-reported physical or mental health were less likely to report regular dental visits and more likely to report oral health problems and challenges accessing care.

Importantly, this poll found poorer oral health status and lower use of dental services among those with fair or poor physical or mental health. People with chronic health conditions and disabilities may face challenges to maintaining their oral hygiene and getting dental care, and at the same time, those with physical or mental health challenges may be at greater risk for oral health conditions. For example, medications, both prescription and over the counter, can lead to dry mouth which can negatively affect oral health.

While physical and mental health conditions can contribute to oral health problems, these poll results also highlight potential ways in which oral health problems can negatively impact physical and mental health among older adults. One in five reported dental pain or problems with eating and chewing in the past two years. The ability to chew adequately is essential for maintaining a healthy diet. Good nutrition is integral to managing chronic diseases, such as diabetes. More than one in four older adults noted that they were embarrassed by the condition of their teeth, which may negatively impact self-esteem and social relationships.

This poll, like previous research, suggests that cost is a main reason that people delay or forgo dental care. Dental insurance facilitates access to dental care, yet traditional Medicare does not cover regular dental care. This means that older adults are less likely to have dental coverage and often must pay for the full cost of their dental care. The National Poll on Healthy Aging report from September 2017 found that many adults age 50–64 assumed that traditional Medicare covers dental services and that they did not know how they would get dental care when they turn 65.

In this poll of 65–80 year olds, just over half reported having dental insurance. About one in four older adults with dental insurance reported having dental coverage through a Medicare Advantage plan, and three in four of these individuals said these dental benefits were one of the reasons they chose their plan. As policymakers consider ways to increase dental coverage among older adults, these results suggest a dental benefit through Medicare may be a popular option given that the majority of older adults favor a Medicare dental benefit. While there is less support for this benefit if individuals would be required to pay more for it, nearly three in five would still support a Medicare dental benefit even if there are additional costs.

Policymakers and health care providers should seek solutions to better address the cost and other barriers to dental care among older adults to prevent the health and social consequences of unmet oral health needs in this population.

This survey module was administered online in December 2019 to a randomly selected, stratified group of older adults age 65–80 (n=1,039). Respondents were selected from the Ipsos web-enabled KnowledgePanel®, which closely resembles the U.S. population. The sample was subsequently weighted to reflect population figures from the U.S. Census Bureau.