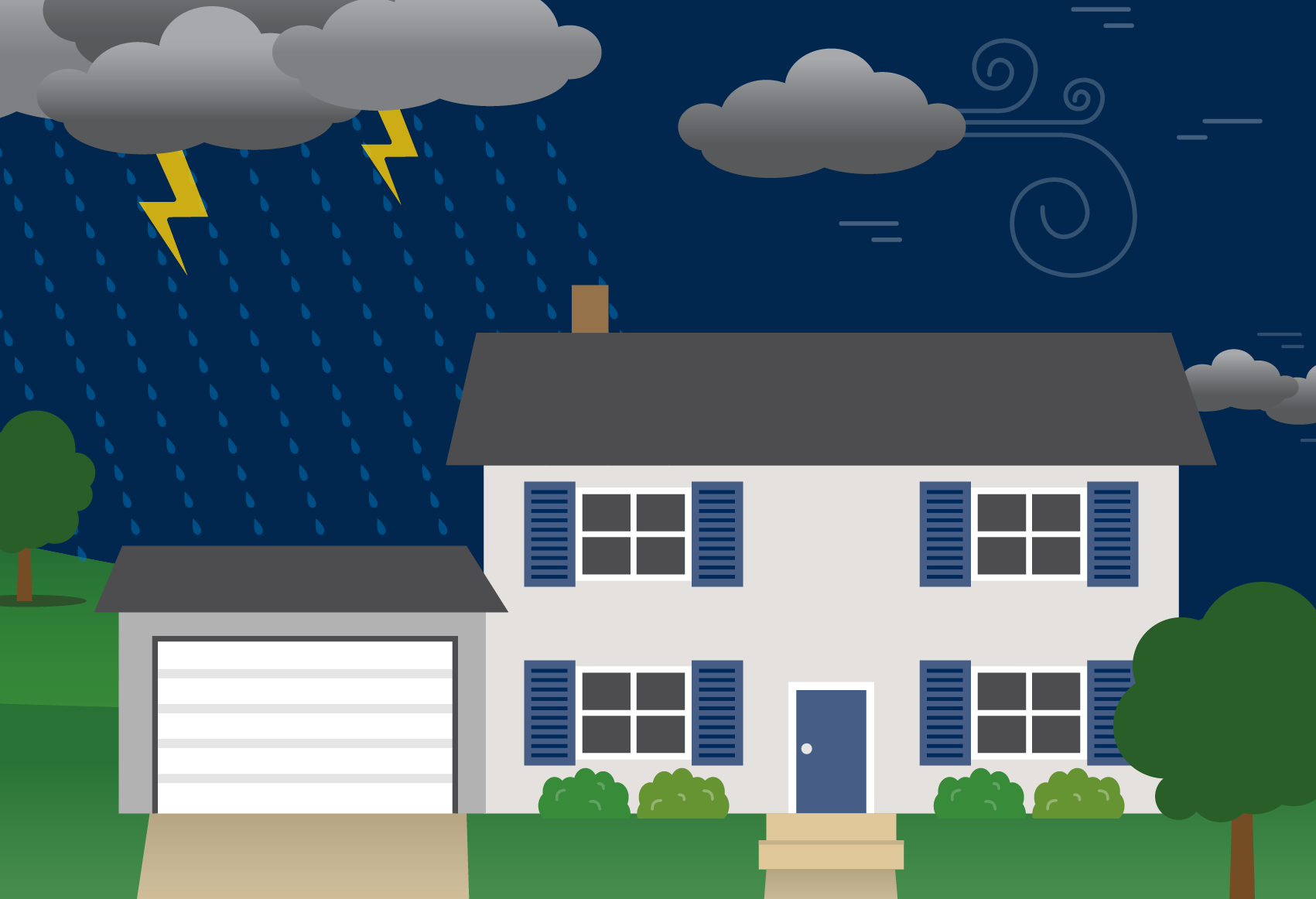 Natural disasters and other emergencies can happen anywhere. When they do occur, older adults, including those with chronic health conditions and impaired mobility, may be particularly vulnerable to adverse effects. In May 2019, the University of Michigan National Poll on Healthy Aging asked a national sample of adults age 50–80 about their experiences with disasters and emergency planning as well as their preparedness for such events.

In the past year, more than one in five adults age 50–80 (22%) had experienced an emergency or disaster such as a power outage lasting more than a day, severe weather, evacuation from their home, or a lockdown, while 73% reported experiencing at least one such event during their lifetime. More than half of respondents (53%) thought they were likely to experience an emergency or disaster in the next year.

More than half (55%) reported having a seven-day supply of food and water on hand. Nearly half (45%) had a portable battery or solar cell phone charger, and 43% had a battery-powered or hand crank radio. Fewer than one in three (29%) had a stocked emergency kit, and 27% had a generator.

Two in five older adults (40%) reported having had conversations with family or friends about what to do if they need to evacuate from their homes on short notice. The majority (94%) said they would have transportation to leave their home. About one in four respondents (24%) indicated it would be difficult to afford to stay somewhere else for a week if necessary.

Television was the mostly commonly reported way to get information in the case of a disaster or emergency (75%), followed by radio (72%), family/friends/neighbors (58%), smartphone apps (44%), government websites, (39%), and social media (35%).

In the event of a power outage lasting more than a day, more than two in three older adults (69%) reported feeling very confident that they were prepared to take care of themselves and their families, 27% said they were somewhat confident, and only 4% were not confident. More than one in ten were not confident in their preparedness for other scenarios such as an evacuation from their home (15%), a severe weather event (11%), or a lockdown (11%).

Although more than half of older adults believe they will likely experience some type of natural disaster or emergency in the coming year and the majority generally feel confident in their ability to manage through them, many older adults have not taken key steps recommended by disaster preparedness agencies. Nearly half of respondents either did not know if their community had an emergency alert system or had not yet signed up. Having any advanced warning of a disaster or emergency, even minutes, can help people get to a safer place, so signing up for these alerts, where available, is important.

Although most older adults who require essential medications or health supplies reported having a seven-day supply available, three in four individuals who use medical equipment that requires electricity did not have an alternative power source. Roughly half of respondents reported having a week’s supply of food or water, or tools for communication in the event of a power outage such as a solar or battery cell phone charger or a battery-powered or hand crank radio. Disaster preparedness agencies recommend such resources for everyone, and these steps may be particularly important for older adults with complex health needs or mobility challenges.

The American Red Cross, FEMA, and AARP all offer guidance for preparing/responding to disasters and emergencies specifically designed for older adults. These groups and others tasked with promoting emergency preparedness should consider utilizing new strategies to reach and engage older adults who may not already be well-prepared for emergencies. Additionally, health care professionals who care for older adults should consider discussing disaster preparedness, particularly in areas that routinely face natural disasters. Preparing now can help older adults — and everyone — to be ready for emergencies.