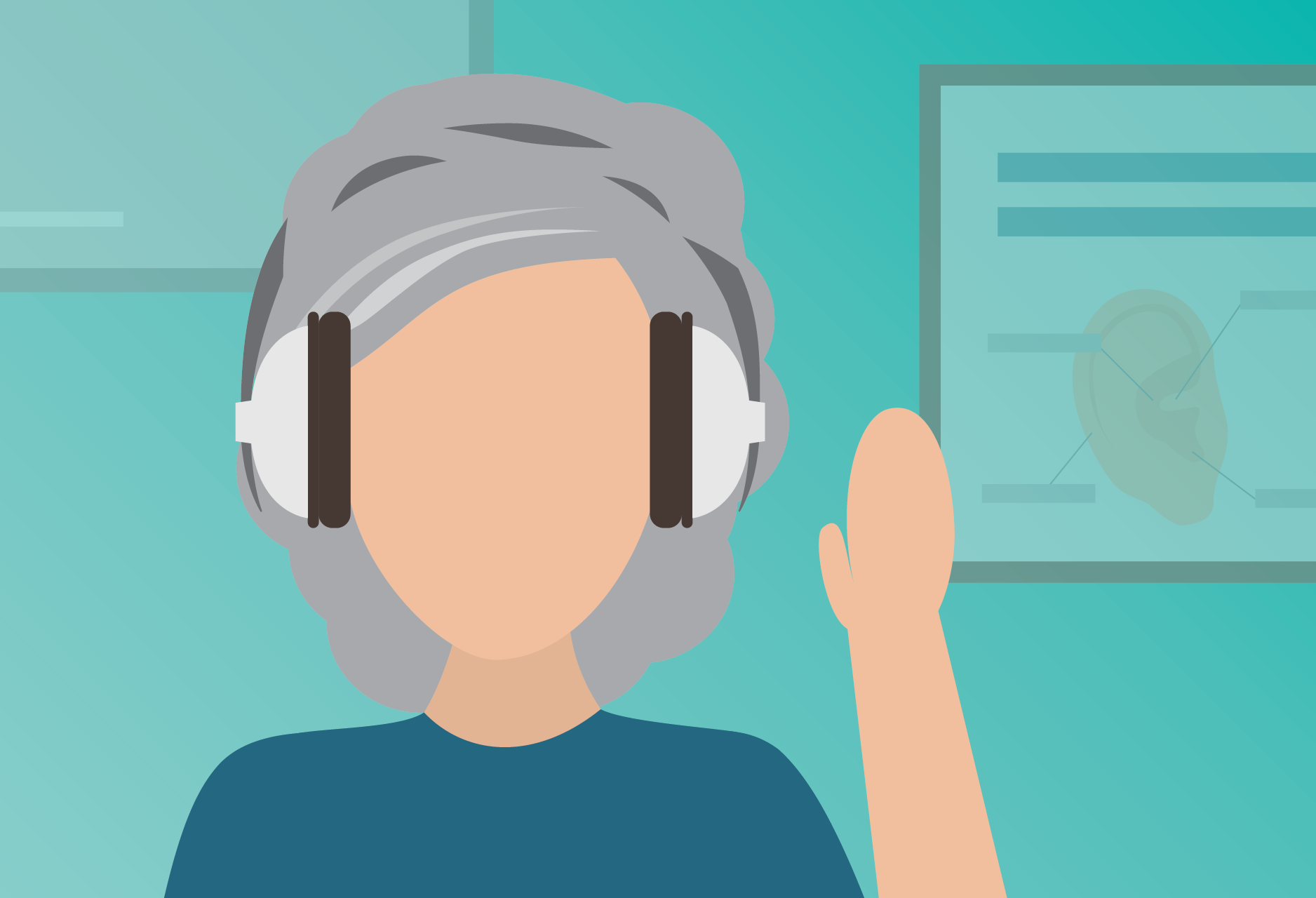 Hearing loss is common among older adults and can contribute to poorer health, reduced quality of life, and social isolation. Individuals with hearing loss are also at increased risk for dementia and falls. While interventions can mitigate these risks, hearing loss often goes undiagnosed and untreated. In June 2020, the University of Michigan National Poll on Healthy Aging surveyed a national sample of adults age 50–80 about their hearing, use of assistive devices, and experiences with screening and testing for hearing loss.

Self-rated hearing and device use

Overall, 6% of adults age 50–80 reported using a hearing aid or cochlear implant. Among those that used these devices, 13% rated their hearing as fair or poor.

Approximately one in four older adults (23%) reported having a hearing test by a health care professional in the past two years. This was more common for men than women (28% vs 18%) and for those age 65–80 compared with those age 50–64 (27% vs 20%). Older adults in poorer physical or mental health were less likely than those reporting better health to have had their hearing tested in the past two years.

More than three in five adults age 50–80 (62%) felt it was somewhat or very important to have their hearing tested at least once every two years.

Failing to detect and treat hearing loss can have serious consequences for older adults, such as worsening cognition, poorer health, reduced quality of life, and loss of independence. These poll findings demonstrate that most older adults feel it is important to have routine hearing tests, yet fewer than one in four received one in the past two years.

Hearing evaluations are not often prioritized when conducting health assessments of older adults. For example, screening for hearing loss is expected as part of the Medicare Annual Wellness Visit, yet these poll findings suggest that most adults age 65 to 80 had not recently been screened.

One efficient way to increase hearing evaluations among older adults in primary care is to use a single-question screener. The response to the question “Do you think you have hearing loss?” has been shown to be highly predictive of true hearing loss. Primary care providers and hearing specialists can use screening as an opportunity to educate older adults on why addressing hearing loss is important for overall health and to refer them to needed services.

Studies show that vanity, fit and comfort, and cost are commonly reported reasons patients do not use hearing aids. While hearing aids and other assistive devices, such as over-the-counter aids and amplifiers, could have a positive effect on health and health care utilization, insurance coverage for hearing-related services remains inconsistent, creating cost barriers for many patients. The cost of assistive hearing devices intended to help adults with mild to moderate hearing loss is expected to decrease over time when hearing aids are available over-the-counter. When this happens, it will be important to track subsequent changes in hearing screening, testing, and assistive device use.

As the older population grows, so does the number of people affected by hearing loss. Age-related hearing loss remains a neglected primary care and public health concern. Consistent use of screening tools and improved access to assistive devices that treat hearing loss can enhance the health and well-being of older adults.