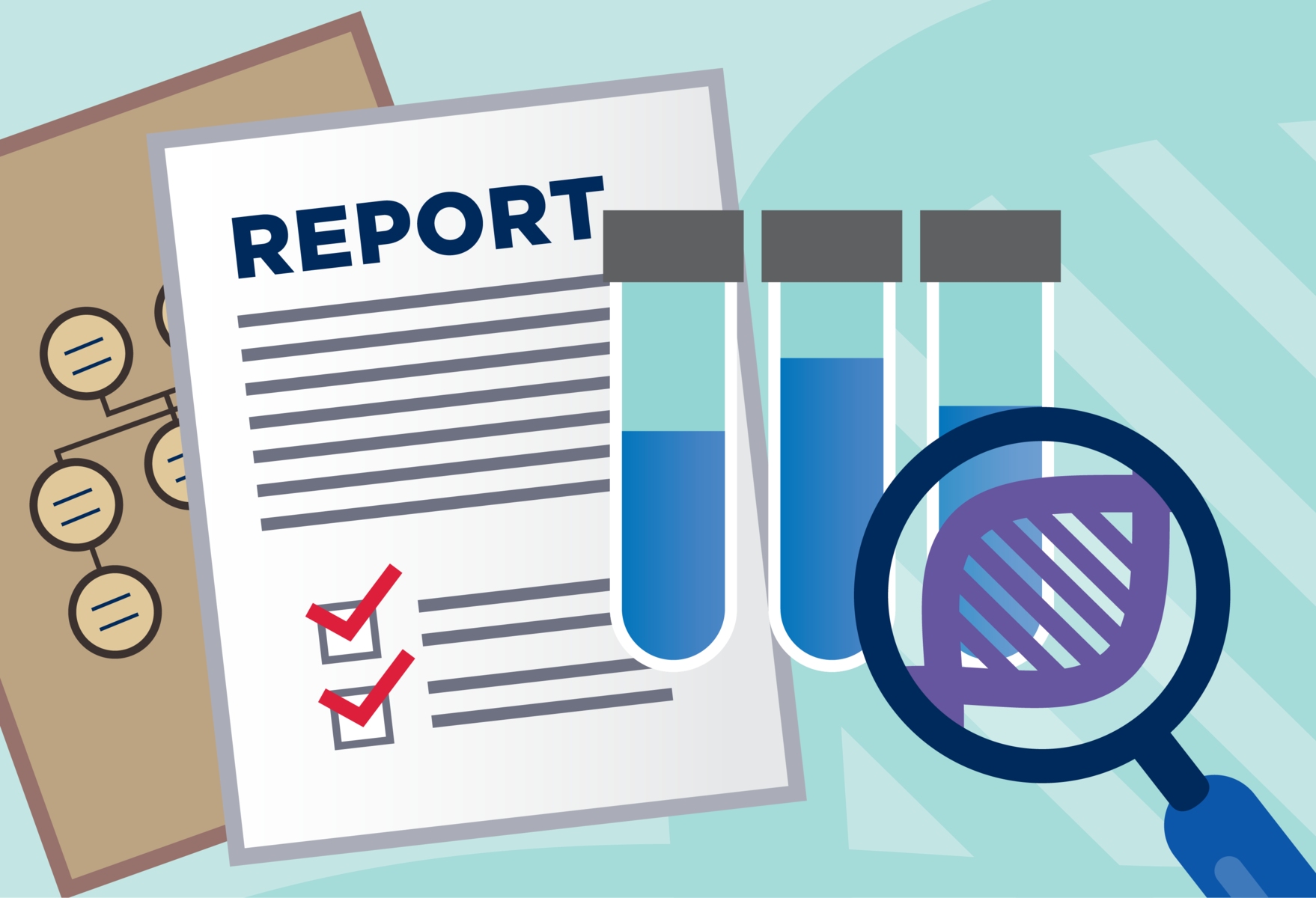 Genetic testing for health-related purposes is becoming more common, both in medical settings and the direct-to-consumer marketplace. Some genetic tests provide information about the risk for diseases that typically occur in later life, such as Alzheimer’s disease. In March 2018, the University of Michigan National Poll on Healthy Aging asked a national sample of adults age 50–64 about their experiences and opinions regarding genetic testing.

Prior Experience with Genetic Testing

Among those who reported getting a genetic test for medical purposes, the largest proportion said it was due to a doctor’s suggestion (36%). Other reasons included getting a general idea of their disease risk (28%), understanding how to treat a current health condition (21%), predicting whether they may develop a specific disease (12%), and informing what medications they should take (3%).

Among respondents who reported getting a direct-to-consumer genetic test, the majority (71%) said it was to find out about their ancestry. Other reasons included curiosity about their genetic makeup (49%), predicting whether they may develop a specific disease (12%), seeing an advertisement that caught their interest (12%), and getting a general idea of their disease risk (11%).

About two in three respondents said they would be more interested in getting a genetic test if their insurance covered its full cost (68%) or if the test were for a disease that ran in their family (67%).

Respondents expressed moderate interest in obtaining genetic testing in the future, with more than half reporting interest in ancestry testing and in genetic tests for estimating risk of future disease. Although the majority of respondents agreed that genetic testing offered potential benefits such as earlier recognition of disease risk and information about health risks for one’s family members, many also expressed concerns about possible risks and limitations of these tests, such as unnecessary worry about their future health status.

About one in three older adults said they were very interested in getting predictive genetic testing for later-onset diseases such as Alzheimer’s and Parkinson’s disease. In April 2017, the FDA approved the use of direct-to-consumer genetic testing for these conditions. Willingness to learn one’s genetic risk of Alzheimer’s disease is now required to enroll in new clinical trials testing experimental medications that may delay dementia onset. Advances in this area of research could help speed the identification of new treatment and prevention options for Alzheimer’s, a disease that currently affects over 5 million Americans.

Until new treatment and prevention options are available, health care providers may be unprepared to answer patients’ questions about the results of their direct-to-consumer tests. Genetic testing for older adults (as well as other age groups) holds promise for providing important health information, but may also raise challenging questions for those undergoing these tests and for their health care providers.

This survey was administered online in March 2018 to a randomly selected, stratified group of older adults age 50–64 (n=993). Respondents were selected from GfK’s web-enabled KnowledgePanel®, which closely resembles the U.S. population. The sample was subsequently weighted to reflect population figures from the U.S. Census Bureau.

The completion rate was 71% among panel members contacted to participate. The margin of error is ±1 to 3% for questions asked of the whole sample, higher among subgroups.