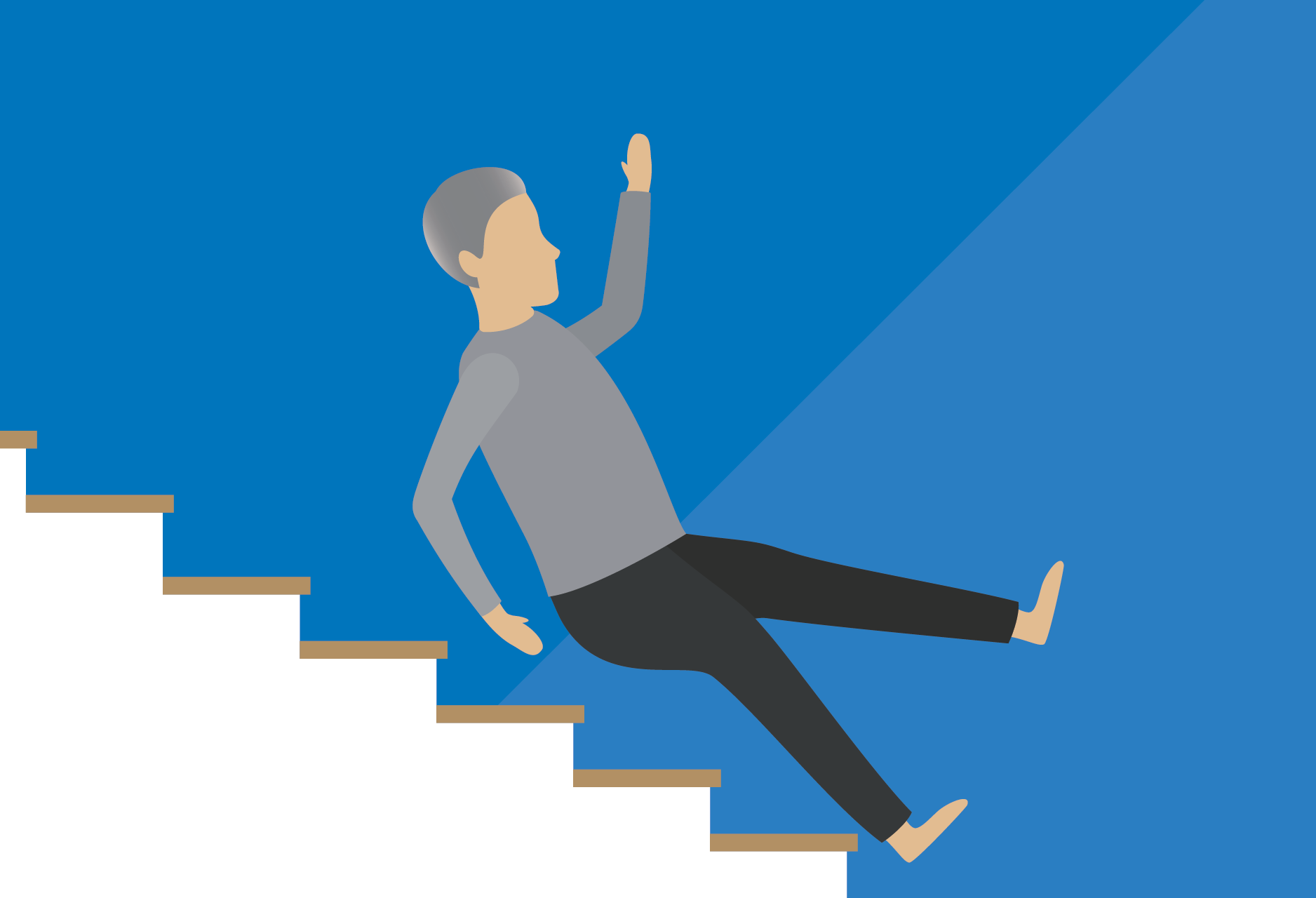 Since March 2020, 28% of adults age 50–80 reported getting physical activity of at least moderate intensity (e.g., brisk walking, housework, or mowing the lawn) for at least 30 minutes nearly every day or every day, 51% one to several times a week, and 21% less than once a week.

More than one in three older adults (37%) said they were less active since March 2020, 13% were more active, and 50% had no change in their physical activity. In addition, 35% reported spending less time on their feet (i.e., standing or walking) on a typical day, 12% spent more time, and 53% had no change in time spent on their feet since the start of the pandemic.

Changes in physical conditioning and mobility

More than one in four adults age 50–80 (27%) reported that their physical conditioning (i.e., flexibility, muscle strength, endurance) had gotten worse since March 2020, 11% said it had improved, and 62% reported no change.

One in five older adults (21%) stated their mobility (i.e., ability to move around on one’s own by walking, using assistive devices such as a cane or walker, or by using transportation) had worsened, 10% said it had improved, and 69% reported no change in their mobility.

People who felt a lack of companionship and those who felt isolated were more likely to report that their physical conditioning and mobility had worsened. 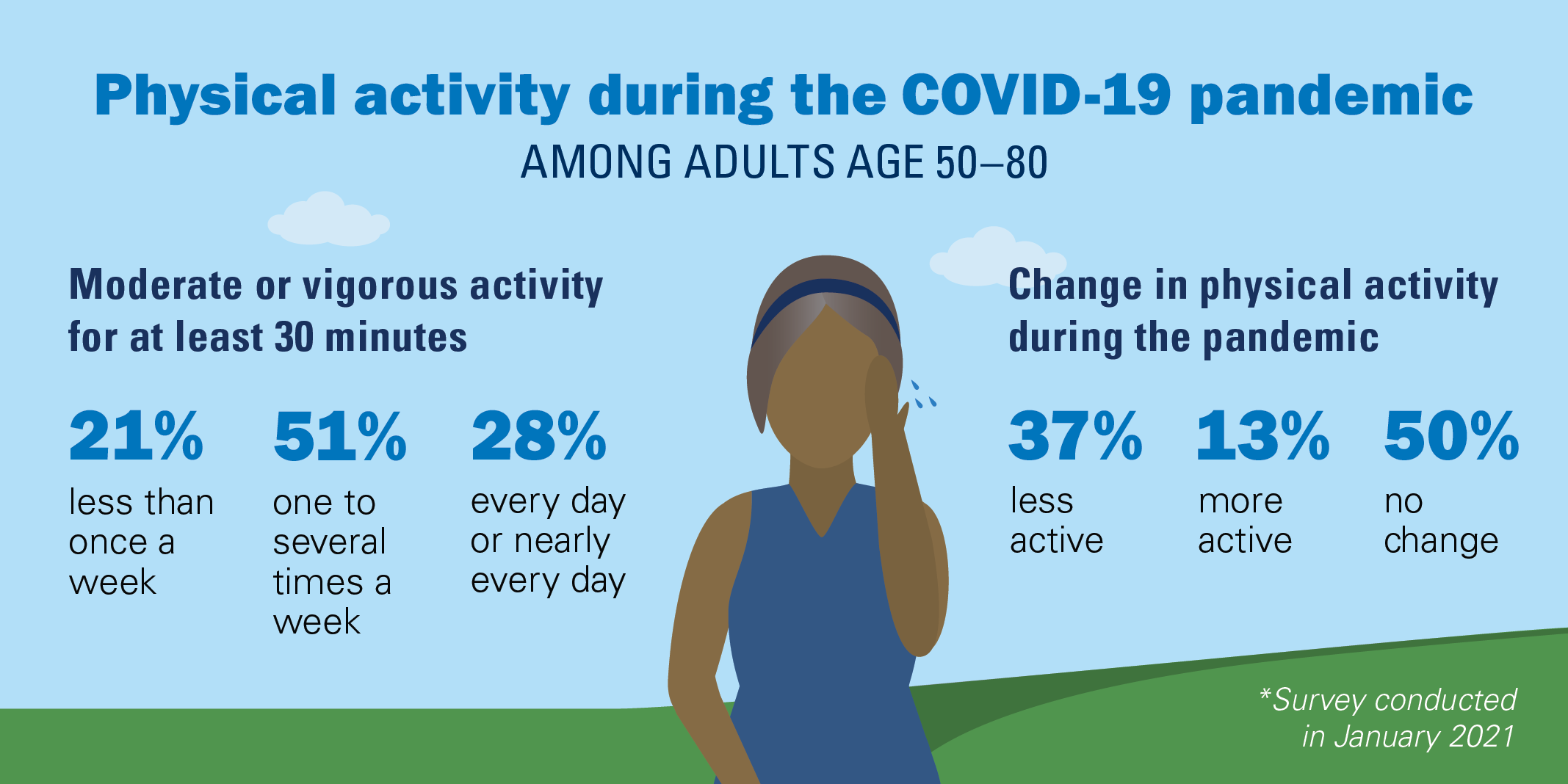 Most older adults who said they had at least one fall during the pandemic (70%) experienced an injury during one or more of their falls. The most common injuries reported after a fall were bruising (60%) and a cut or laceration requiring a bandage (22%).

Two in five older adults who had a fall (40%) reported needing some type of care after a fall. The most common types of care received for falls were care from family/friends (24%), primary care (12%), and emergency room care (11%).

Among older adults who experienced a fall since March 2020, 12% delayed care and 16% never received care they felt they needed. Among those who delayed or did not receive needed care after a fall, 40% indicated that the COVID-19 pandemic was the major reason for delaying or forgoing needed care. 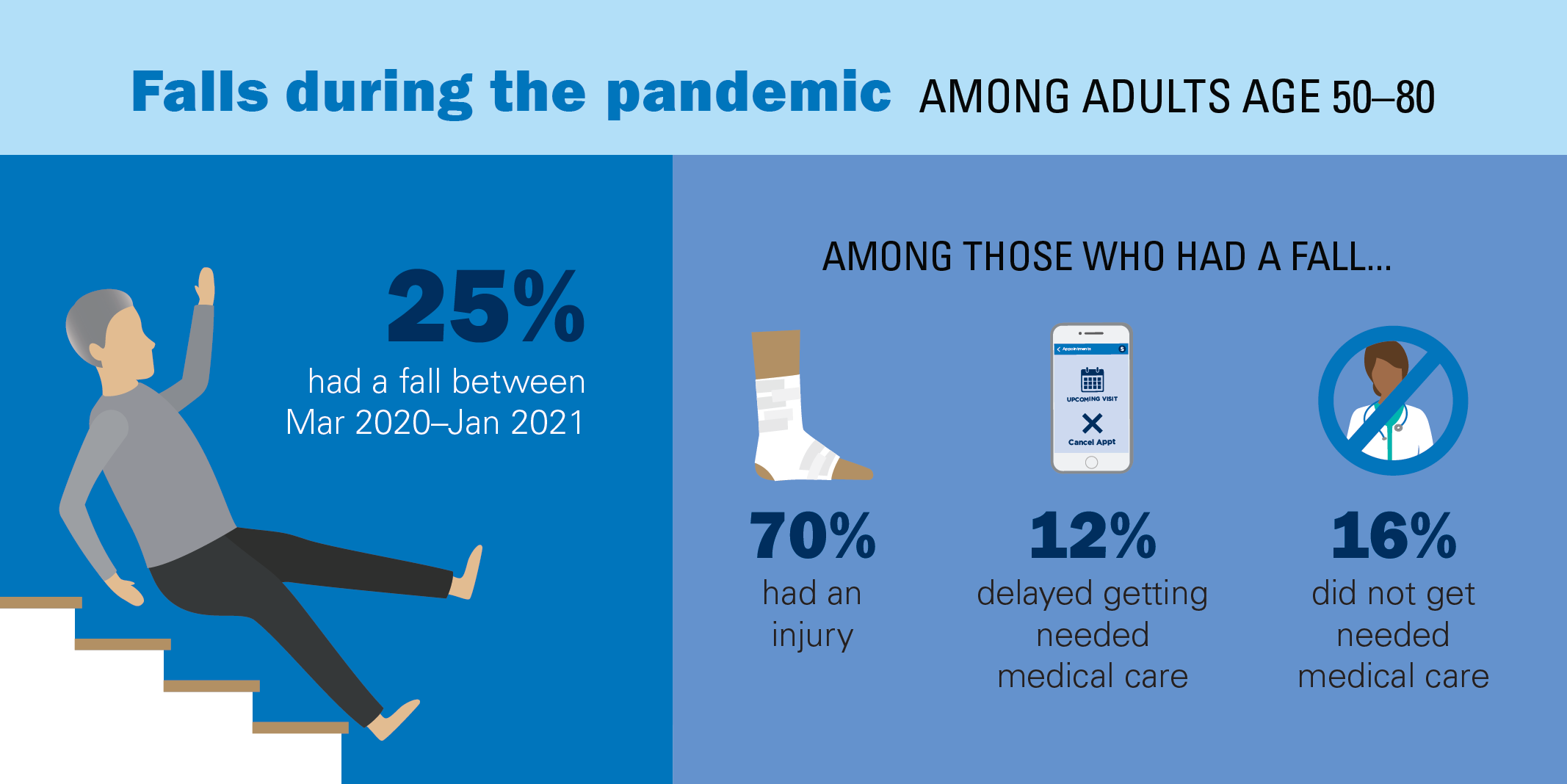 A progressive decline in physical functioning leading to disability is common as people age. The results of this poll suggest that the COVID-19 pandemic was associated with rapid decreases in levels of physical activity among many adults age 50–80 that may have led to reduced physical conditioning and limited mobility.

Beyond these increased risks for disability, the pandemic also appears to have affected medical care for falls. Among older adults who experienced at least one fall from March 2020 to January 2021, more than one in four delayed or did not receive medical care they felt was necessary, often because of concerns related to the pandemic. Additionally, during the pandemic, one in four older adults who had a fear of falling became more fearful of falling, which is a strong predictor of avoiding activity and experiencing future falls.

These poll findings point to the importance of interventions to improve physical functioning and reduce fall risk for older adults. Interventions like physical exercise and in-home safety modifications have always been important for older adults but should be an even higher priority given the scope of declines in physical functioning during the pandemic. Such interventions may increase independence while reducing future disability, injury, and needs for medical care.

Use of technology, including telehealth visits, may help older adults who are isolated to connect to needed social and medical resources. Volunteerism and community and intergenerational programs as well as other opportunities for social engagement and physical activity may help reduce declines in physical functioning and falls.

Because loss of physical functioning and falls are leading factors for disability, findings from this poll can also help public health officials to understand the effect of the COVID-19 pandemic on older adults’ functional independence. Efforts to address the impact of the pandemic on physical activity, physical functioning, and falls among older adults will be critically important for years to come.