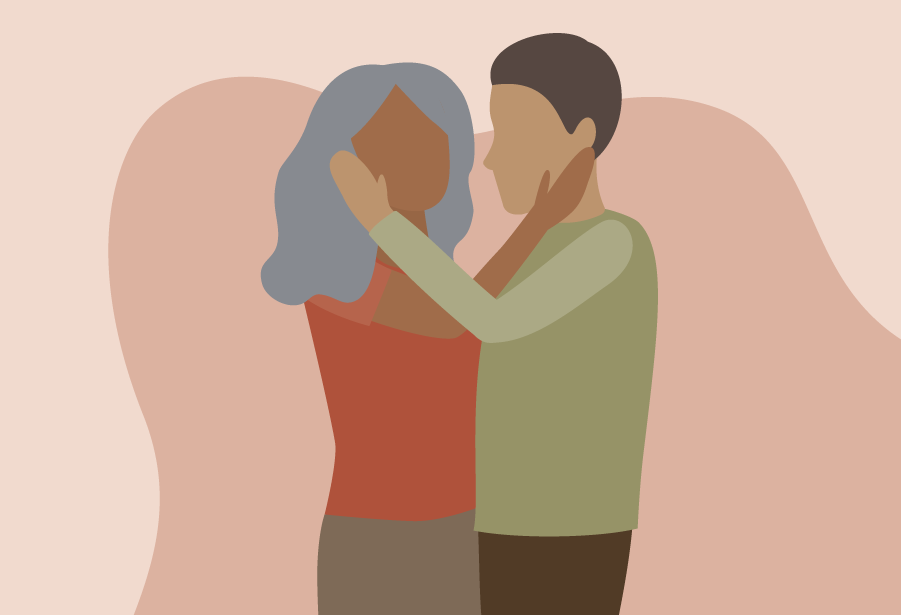 Sex and intimacy are an important part of many older women’s lives, but aging-related changes, including menopause, can negatively affect sexual activity. While menopause is defined as the absence of a period for at least a year and the average age of menopause is around 50, the transition to menopause and symptoms of menopause can last for many years. Early in 2022, the National Poll on Healthy Aging asked a national sample of women age 50–80 about sexual activity, intimacy, and symptoms commonly associated with menopause.

Among women who experienced menopause-related symptoms, 54% had talked with their health care provider about them. Over two in five women who experienced symptoms (44%) said they discussed potential treatments for their symptoms with their health care provider; among those women, 64% received treatment. Of those who received treatment, 33% thought their symptoms were managed very well, 55% somewhat well, and 12% not very well or at all.

In this poll, 43% of older women reported being sexually active in the past year. While many reported being satisfied with their sexual activity and intimacy, many others were not, and this was often due to health challenges.

Because of the high prevalence and negative impact of menopause-related symptoms among older women — even several years after they may have gone through menopause — it is important for clinicians to routinely ask about the presence of such symptoms. Additionally, it is important for older women who have them to know that their experience is not uncommon.

While not all menopause-related symptoms require treatment, certain health care services can be helpful for those who experience at least moderate to severe symptoms or find that these symptoms are affecting important aspects of their lives. Just over half of women with menopause-related symptoms in this poll discussed their symptoms with a health care provider. Among women who discussed treatment, about two in three received it, and most of them reported their symptoms were well managed. Women with bothersome symptoms commonly associated with menopause should discuss their concerns with their primary care provider, gynecologist, or another health care specialist so that they can be informed about treatment options appropriate for their needs and goals.

This National Poll on Healthy Aging report presents findings from a nationally representative household survey conducted  exclusively by NORC at the University of Chicago for the University of Michigan’s Institute for Healthcare Policy and  Innovation. National Poll on Healthy Aging surveys are conducted using NORC’s AmeriSpeak probability-based panel. This survey module was administered online and via phone between January and March 2022 to a randomly selected, stratified group of U.S. adults age 50–80 (n=2,277). The sample was subsequently weighted to reflect population figures from the U.S. Census Bureau. The completion rate was 68% among panel members contacted to participate. This report focuses on questions asked of the 1,225 women who completed the survey. The margin of error is ±2 to 4 percentage points for questions asked of all women and higher among subgroups.