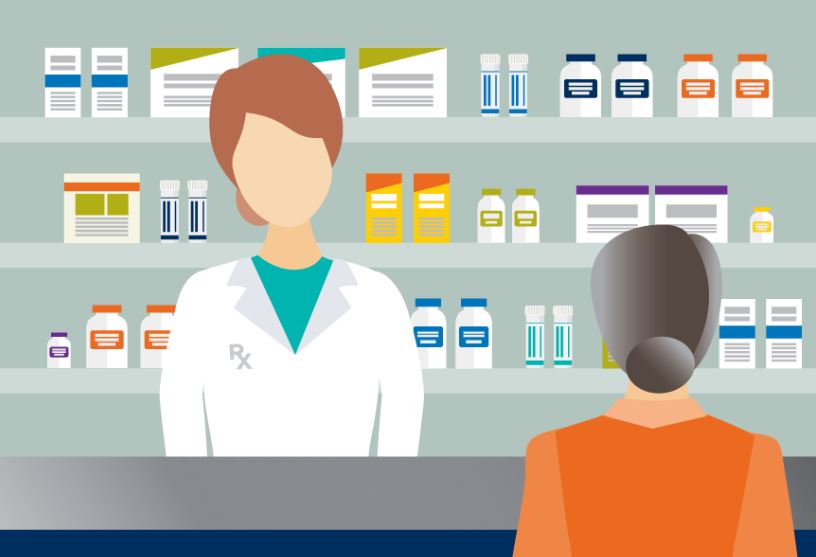 Older people often have more health problems and take more medications than younger people. As a result, older adults are at increased risk of harmful interactions between different medications. The University of Michigan National Poll on Healthy Aging asked a national sample of older adults age 50–80 about their experiences and beliefs related to prescription medications and drug interactions.

Medication Use and Pharmacies

The majority of respondents chose among different pharmacy options based on price (29%) or convenience (81%). However, in some cases, the choice of pharmacy was limited due to insurance restrictions, prescriptions being sent electronically to a certain pharmacy, or a medication not being available at the person’s usual pharmacy. 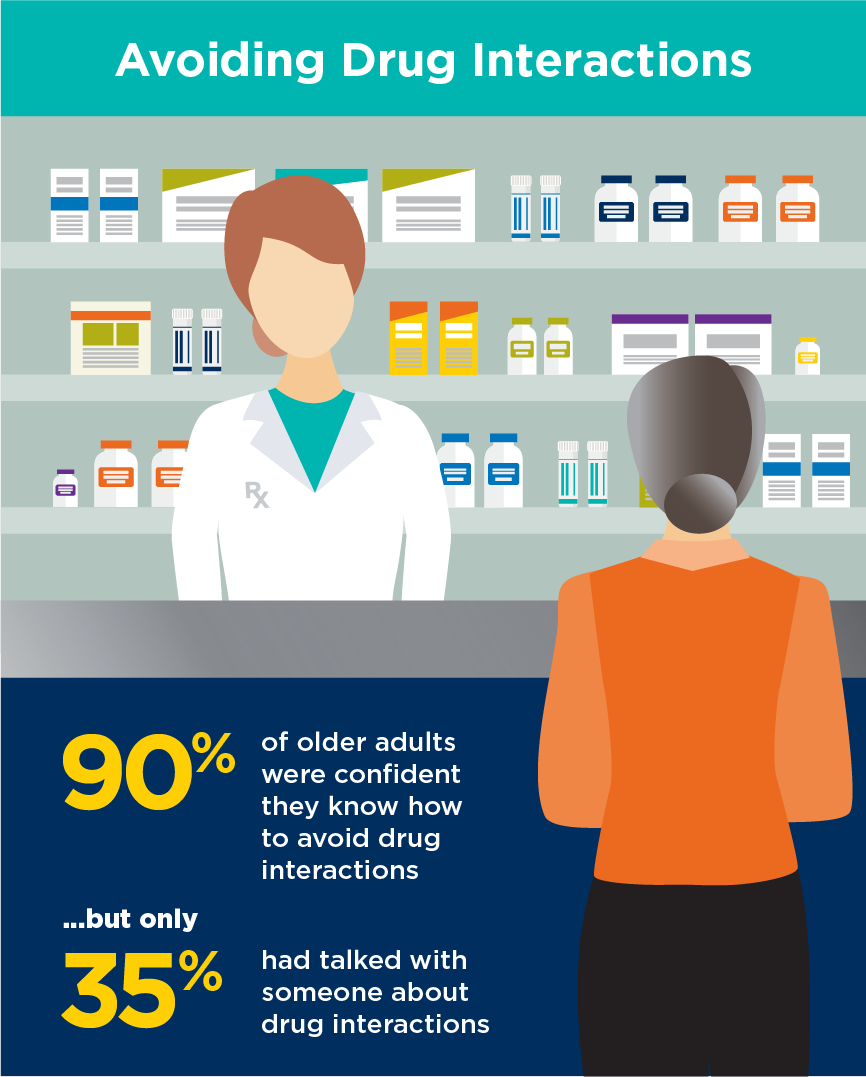 Complicating the discussion of possible drug interactions is that respondents often see multiple doctors (69%) and use multiple pharmacies (21%). Only 36% of adults said the pharmacist definitely knows about all their medications when they fill a prescription; another 40% thought the pharmacist probably had that information.

The majority of older adults (90%) were confident that they know how to avoid drug interactions (21% very confident and 69% mostly/somewhat confident), while 10% were not confident. Despite the overall high level of confidence, only 35% of adults had talked with someone about drug interactions in the past two years, most often a doctor (75%), pharmacist (60%), or nurse (14%). This proportion was slightly higher among respondents taking six or more medications, with 44% reporting that they had discussed drug interactions with someone.

Prior research suggests that about one in six adults 65 and older will experience a harmful reaction to medication. Findings from this National Poll on Healthy Aging provide some insights into how older adults think about avoiding drug interactions.

Challenges arise, however, when older adults fill prescriptions at more than one pharmacy, or receive prescriptions from multiple providers who are not all using a shared EHR system. In these situations, alert algorithms are less accurate because they may be missing key pieces of information. In addition, many older adults use over-the-counter medications and supplements, some of which may pose a risk of drug interactions; however, information about over-the-counter and supplement use may not be included in electronic drug alert systems.

The majority of poll respondents reported that they had not spoken to anyone about drug interactions in the past two years. This suggests that providers and pharmacists may not be informing patients, in easy to understand language, that a medication review has been done. Providers and pharmacists need to actively engage patients and their families in education around their medications, what types of interactions might occur, and how to avoid interactions.

Older adults also need to be proactive partners in avoiding drug interactions. They should keep an updated list of all medications—both prescription and non-prescriptions, as well as supplements and vitamins. By bringing this list of medications and dosages to appointments and to the pharmacy, older adults can assist providers and pharmacists to more accurately assess the potential for drug interactions.

This report is based on responses from 1,690 respondents age 50–80 taking one or more prescription drugs. The completion rate was 77% among panel members contacted to participate. The margin of error is ±2 to 4 percentage points for all outcomes included in this report.