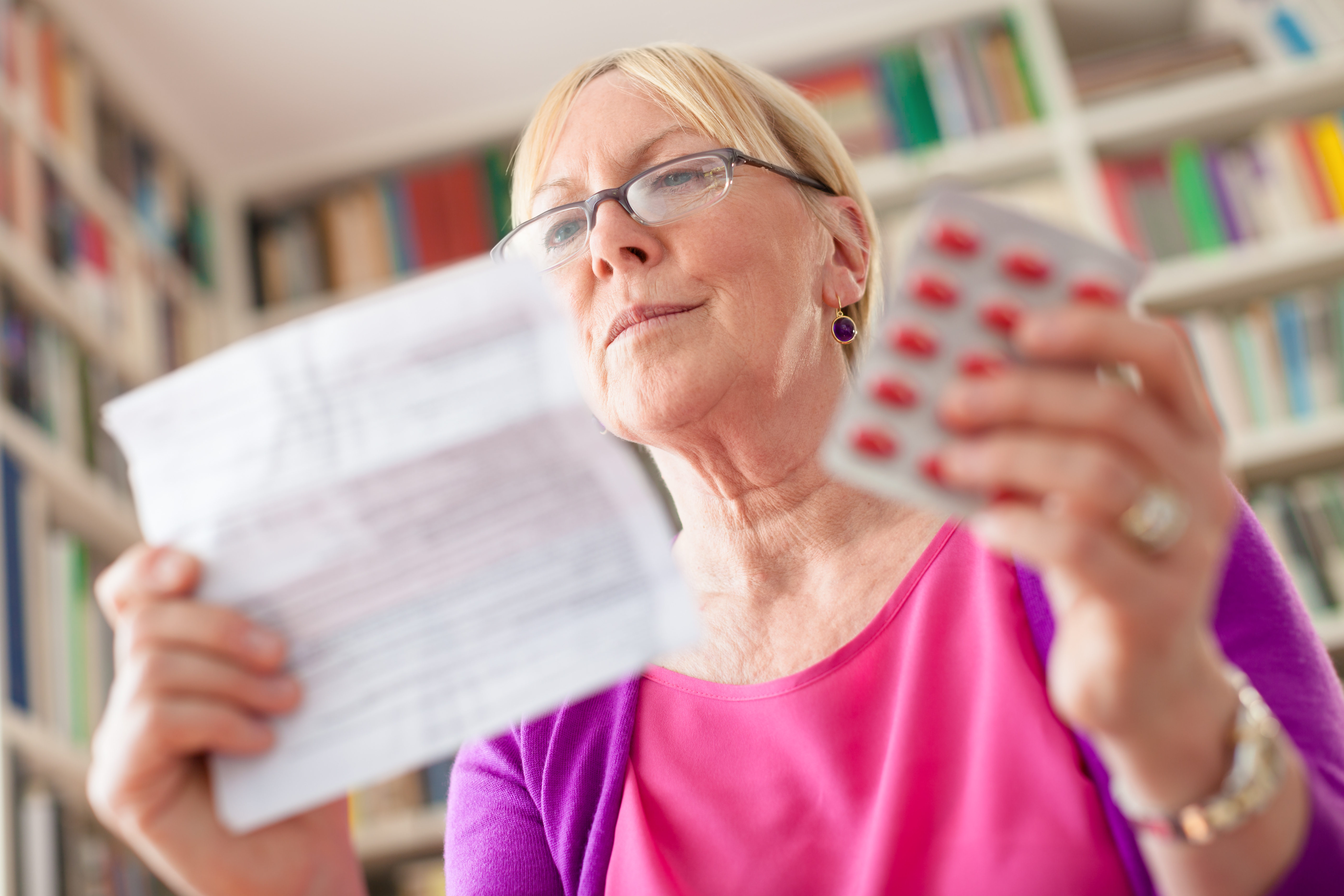 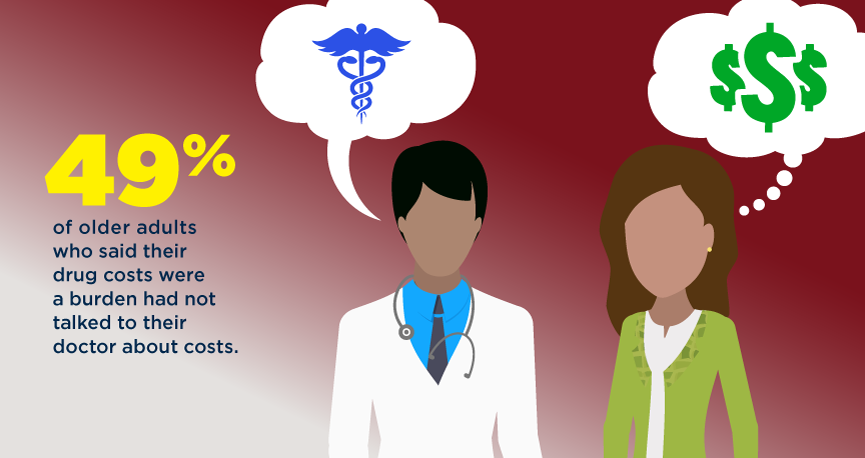 Overall, 27% of respondents indicated that the cost of their prescription drugs is a burden. Cost burden was reported more frequently by respondents with “high complexity” of drug management.

For respondents who indicated that prescription drug costs were a burden, 51% said they had talked to a doctor about drug costs, while 49% had not talked with their doctor.

Overall, 42% of respondents believed their doctor was aware of how much they spend on prescription drugs—yet the majority of those (61%) had not talked with their doctor about drug prices.

Taken together, 26% of respondents believed that their doctor was aware of how much they were spending on prescription drugs, despite reporting that they did not have a conversation about drug cost. 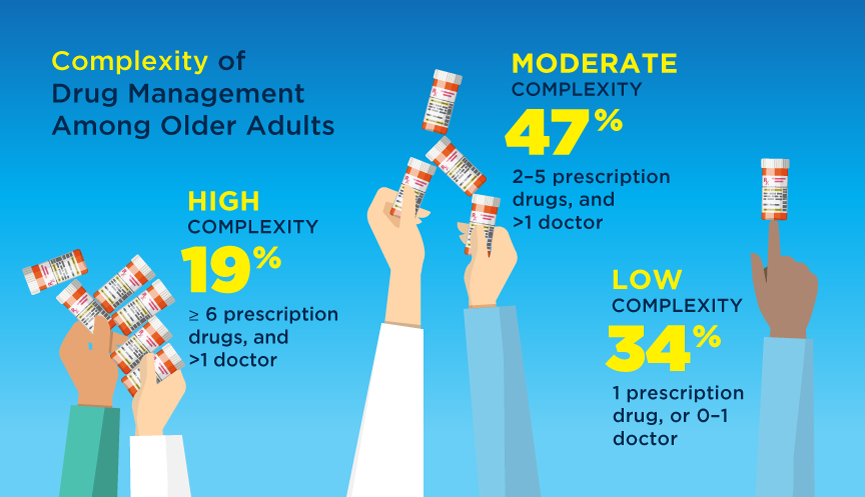 High out of pocket costs for prescription drugs can translate into missed doses and negative health outcomes.

These new data suggest that many older adults, including those who report a cost burden, are not actively seeking or getting as much assistance as they could from their doctors and pharmacists to find lower cost options. This gap represents a potential opportunity for patients and clinicians, as well as health systems and insurers.

While proposals to address high prescription drug prices are considered on the federal level, there are also actions doctors and patients can take to potentially reduce out-of-pocket costs:

Doctors can be more proactive about conversations around drug cost, so that in those instances when it’s possible, lower cost alternatives can be considered.

One important logistical barrier is that doctors usually do not have access to detailed information about how much an individual patient’s drugs will cost depending on insurance coverage. Patients may also overestimate what their doctor knows about their drug costs. The situation becomes more complicated when patients are seeing multiple different doctors and taking several medications, as details about medication use are not always shared among these doctors. In addition, doctors may not want to adjust medications prescribed by someone else.

Patients may feel that they do not have time to raise the issue of medication costs during their visit, because there are so many other topics to cover. However, patients should be reassured that cost is an important item to add to their list of topics to discuss with their doctor, especially if they are experiencing a cost burden.

Doctors should also encourage patients to speak with their pharmacist, who can help identify options to reduce costs and be an overall resource for patients. Prescription discount cards or patient assistance programs may be available for some medications. Different pharmacies may have different prices for the same medication under the same insurance plan, so patients should shop around and explore online and mail order options as ways to help manage costs. In some cases, insurance plans may restrict patients to using a specific pharmacy, which may limit these options. In general, if the cost at the pharmacy is higher than expected, patients should speak with the pharmacist or contact their doctor about potential alternatives.

This report presents findings from a nationally representative household survey conducted exclusively by GfK Custom Research, LLC (GfK), for the University of Michigan Institute for Healthcare Policy & Innovation. The survey was administered online in April 2017 to a randomly selected, stratified group of older adults age 50–80 (n=2,131). Adults were selected from GfK’s web-enabled KnowledgePanel® that closely resembles the U.S. population. The sample was subsequently weighted to reflect population figures from the Census Bureau.

In the survey, respondents were instructed that the term doctor referred broadly to health care providers including physicians, medical specialists, physician assistants or nurse practitioners.